The ICEF Japan – Korea Agent Roadshow took place on February 21-23, 2017 in Tokyo and Seoul. During the two-day networking event educators met with Japanese and Korean agents conducting a total of 1 059 in-person business meetings. Overall, the event has grown by six percent compared to last year, hosting 268 participants from 17 countries around the world, of which 14% were attending an ICEF event for the first time.

This year 66 educators from 15 countries worldwide, including a strong presence from the USA, Canada, Australia, the UK, and Germany attended the roadshow. “I have become a loyal ICEF participant. When time and budget are available, ICEF is always my top priority for marketing,” said Joanne Qiao, Western Springs College, New Zealand.

The first part of the roadshow was held at the Keio Plaza Hotel in Tokyo where 97 Japanese agents attended the event, an impressive 11% growth from last year’s event, 28% were attending the roadshow for the first time. “This is my first ICEF event. It is excellent for educators, service providers and agents to meet in one place to discuss international student recruitment,” said Narayan Devkota, Core Japan Ltd., Japan.

The second part of the roadshow was held at the Lotte Hotel in Seoul, where ICEF welcomed 88 Korean agents, which was a 9% increase compared to last year. Out of all Korean agent participants, 11% were new to the event. “It was nice to meet new contacts. I enjoyed meeting them and was satisfied with the environment and the accommodations of the venue,” said Michelle Kim, Solomon Edu, South Korea.

In addition, event attendees had an opportunity to take part in two seminars introducing participants to the Japanese and Korean markets, with an emphasis on best practices when working with local agents. The roadshow included lunch and dinner receptions which provided additional networking opportunities.

The next ICEF Japan – Korea Agent Roadshow will be held on February 26-28, 2018, at the Keio Plaza Hotel in Tokyo and the Lotte Hotel in Seoul. Visit http://www.icef.com/en/workshops/the-icef-japan-korea-agent-roadshow/ for more information. 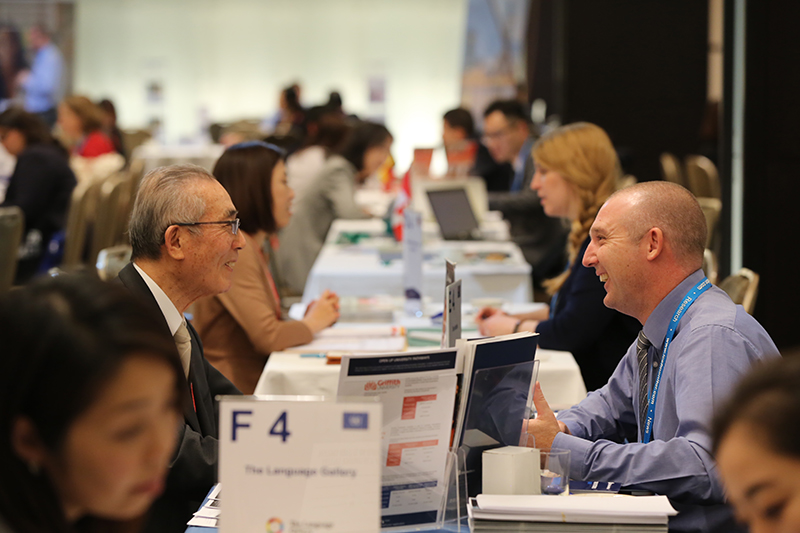